What evidence is there available to refute the suggestion from John Hattie that inquiry learning has no significant impact on student achievement? 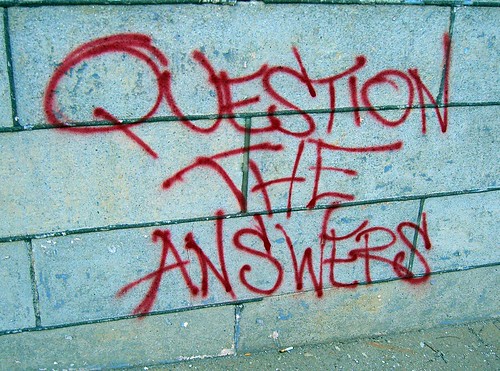 I began my inquiry journey based on a conversation regarding the use of research in John Hattie’s 2009 book Visible Learning, by some school authorities and leadership teams to question the role of school libraries and teacher-librarians, particularly in relation to inquiry learning programs. Hattie’s effect sizes are often quoted as evidence that Inquiry Learning has limited statistical significance in improving student achievement, particularly in comparison to direct instruction. As a Teacher-Librarian I wanted to know firstly what evidence there was to support the use of inquiry learning in relation to student achievement, and secondly to investigate any issues with the validity of Hattie’s research and claims.

Despite Hattie’s claims regarding the ineffectiveness of inquiry learning, there is a range of quantitative and qualitative research that demonstrates that inquiry learning has a significant impact on student achievement in areas as diverse as creativity, problem solving, long term knowledge retention as well as student satisfaction.  For the first time in 2012,PISA (The Programme for International Student Assessment) began to test creativity, as well as literacy and numeracy.  The results of this test found that countries that performed better in the creativity assessments were also the countries that have problem-solving as an overarching goal of the curriculum and are countries that embed 21st century competencies and attitudes such as inquiry-based authentic learning into their curriculum(OECD, 2014). Whilst it could be argued that this evidence is restricted only to creativity, the importance of inquiry based learning is also supported by Hmelo-Silver, Duncan, and Chinn (2007) who refute claims of inefficiency and ineffectiveness by presenting research from a range of controlled experiments that demonstrate significant and marked effect sizes and gains in favour of inquiry learning. There is also evidence from Strobel and van Barneveld (2009)  which indicates that constructivist pedagogies such as PBL and Inquiry Learning  are  superior for the long-term retention of knowledge and skill development as well as increased satisfaction of both students and teachers.  Whilst this selection of research shows that there is certainly evidence to support the effectiveness of Inquiry Learning, it also makes clear that there are differences in the interpretation of “student achievement”

In an environment where there is increasing importance given to achievement measured on standardised assessments, it is not surprising that Hattie’s research with a focus on quantitative studies has struck a chord with some school leadership teams. However it is important to consider the methodology used by Hattie in his research, particularly in relation to the measurement of student achievement. This is a point made by Snook, O’Neill, Clark, O’Neill and Openshaw at Massey University who argue that Hattie’s research only considered student achievement that could be measured quantitatively. They make it clear that conceptual learning (which is a key aim of inquiry learning) is not effectively measured in the study.  This is an idea further explored by Olsen (2015) who argues that Visible Learning’s design makes it incompatible with a large number of learning theories, and strategies, as the study design does not to require the object of study (eg inquiry-based learning, 21st century skills ) to be evaluated against it benefits. Instead it allows the researchers to test for example inquiry-based learning against the ability to pass a standardised math test.

As a result of my search I have curated a range of sources including those that are mentioned above, that teachers and teacher librarians could use to defend an inquiry approach or program. Some of the resources deal directly with flaws in Hattie’s research whilst others provide evidence of the value of inquiry learning to students. I chose Blendspace to curate my resources because it is visual, easy to organize and add materials. I particularly liked the ability to annotate and for other people to contribute. I did however find it difficult to edit and found it “lost” many of my entries which I had to enter multiple times. To view my collection click on the image below.

Olsen, R. (2015). What can Visible Learning effect sizes tell us about inquiry-based learning? Nothing. Richard Olsen’s Blog. Retrieved from http://www.richardolsen.me/b/2015/04/what-can-visible-learning-effect-sizes-tell-us-about-inquiry-based-learning-nothing/

2 thoughts on “Curation Collection and Response”